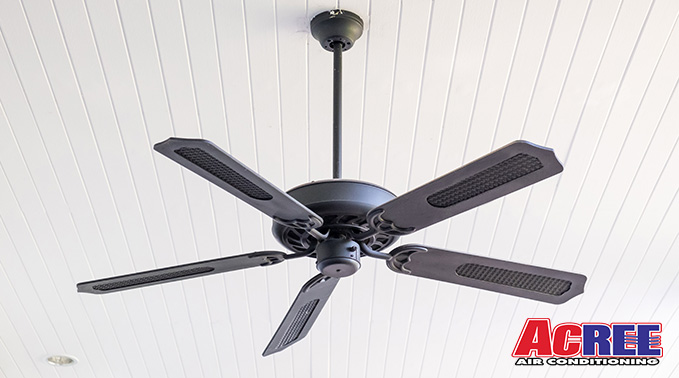 Even though most of us use our ceiling fans nearly every day, we don’t always recognize just how helpful they can be. It’s usually only when one breaks, wobbles or – in particularly frustrating cases – is set to a speed that makes it feel like you’re in a wind tunnel rather than a bedroom.

But there is more to ceiling fans than you might realize! There are some misconceptions about these handy contraptions. And on the flip side, there are some hidden benefits you might not have fully been aware of. With these tips from Acree Plumbing, Air & Electric, you’ll hopefully be able to see these spinning blades in a whole new way!

They Don’t Cool a Room

When you’re feeling the heat during the sweltering Florida summer, it’s tempting to yank the cord on your ceiling fan until you find the right speed. And while you’re still in the room, that air circulating around you is helpful. But you leave the room eventually. Once you do, does the still-spinning ceiling fan cool the room?

No, it doesn’t. A ceiling fan doesn’t operate the same way that an air conditioner does. A ceiling fan works through a process called convection, where the hot air around your skin is replaced by non-heated air that the ceiling fan pushes down. It’s a complicated way of saying that the fan cools your skin by blowing air over it, not by cooling the actual air itself.

So, when you leave the room, the ceiling fan isn’t doing anything useful. You’re better off switching the fan off rather than letting it run.

They’re Useful During the Winter

We usually associate ceiling fans with cooling us down when the temperature gets too high outside. But as it turns out, fans can help you stay warmer during the colder months as well! As we mentioned above, fans work through a heat-transfer process. So when you flip a switch on the fan itself to reverse the airflow, the fan’s blades will spin in the opposite direction.

This reverses the direction that the air moves, so you’ll feel warmer air on your skin instead of the usual cold air. In winter, it’ll feel like you’re warming up – all thanks to the fan!

Seeing a wobbly ceiling fan can set off alarms in our heads pretty quickly. Is it just a few seconds from ripping out of the ceiling and crashing down on us below? Do I need to call someone? Should I keep everyone out of the room to prevent them from getting hurt?

Well, it’s a problem, for sure. Wobbling means that something is loose, but it doesn’t mean it’s about to fall. If anything, it just means that the blades aren’t properly calibrated or balanced, so the fan itself isn’t centered like it should be.

All that you should do is call an expert to even out the fan’s blades – nothing to really worry about!

Ceiling fans have been around for a while, and there are plenty of reasons that they won’t leave any time soon. They’re super useful, and they can save you plenty of money if you use them wisely. For the most reliable ceiling fan service in Tampa, give Acree Plumbing, Air & Electric a call at 800-937-6736!

Great offers and helpful tips straight to your inbox.

Save money and energy with Acree Maintenance Plans starting at $14.99 per month.

Please fill out the form below so that we can better assist you.